“What does it mean to be Zimbabwean, to be African?”

A question I frequently grapple with. As a child of the diaspora, my relationship with Zimbabwe is a complicated one. I am an American. I was born in the United States, a child of two Zimbabwean-born naturalized Americans, yet I regard myself as a Zimbabwean. My identity has long been a struggle for me. I’ve lived in America my entire life, save the two years I lived in Harare as a child. During my time in Harare, I learnt some Shona, but today, I can only speak English. My parents have instilled me with many values and appreciations that I can only describe as quintessentially African, and yet I’m not.

Despite my passion for African affairs and well-being, some Southern African acquaintances jokingly call me “murungu” or “umlungu” because I cannot speak my mother tongue (and because I’m American). Incidentally, I have never really felt “American,” but that’s another issue. Being an American, but not feeling American, is an interesting purgatorial state that has been a source of anxiety for me.

I hope to go back to Zimbabwe to work and live, but what kind of Zimbabwean am I who cannot speak her mother tongue and has no ties to the country outside of nearly fifteen years of nostalgia, an unfamiliar family tree, and a Shona name? And what can I contribute? I face a peculiar challenge. My primary interests revolve around race, gender, and the institutional and social structures that align to stigmatize and exclude a number of variant gendered and sexual identities and expressions (queer and transgender individuals, for example). Thus my planned move to Zimbabwe will see me venturing to an environment hostile to my work.

For my Master’s research, I worked with transgender female sex workers in South Africa to learn about how they created their own identities in contrast to the discriminatory identities imposed upon them. With regards to queer and transgender identities, many analyses link heterosexual identities to the African state, and to diverge from these prescribed masculinities or femininities is to sin against the state and to be vulnerable to socially-sanctioned violent correction (such as the “corrective rape” against lesbians in Zimbabwe, South Africa and elsewhere). This relationship is best summed up by Megan Morrissey in her 2013 journal article about black lesbians in South Africa:

“Emerging from the oppressive racial regime of apartheid where many Black South Africans felt their traditions and cultures to be negated, some have attempted to reclaim those values they identify as natively South African in an effort to reforge their national identity. In this way, heterosexuality has been identified as a natural South African characteristic, leading to vehement proclamations that homosexuality is a product of whiteness and colonialism…These pronouncements are made among Black South Africans from cities and townships, as well as among influential politicians and clergy who attack homosexuals or equate them with external threats to the nation…”

This oppressive understanding of homosexuality is not limited to South Africa, where corrective violence is rampant despite a liberal and protective constitution. A number of other African leaders including former President Goodluck Jonathan of Nigeria, Yoweri Museveni of Uganda and Robert Mugabe have expressed similar disgust and disdain for queer identities. In 2014, after Museveni signed the Anti-Homosexuality Bill into law, Mugabe rebuked western condemnation of homophobic persecution saying “they want to tell us…that it’s a violation of human rights, that is what they are doing to Museveni right now” and that “the human right you have as a man is to marry another woman not to get another man to marry, we refuse that.” He has also used his birthday speeches as anti-gay rallying opportunities. In 2014, he commented on the “unnatural acts” performed by gay people and said “we don’t accept homosexuality here. God made men and women so they can bear children.” I needn’t provide an exhaustive rehashing of the President’s very public homophobia as he’s been quite unapologetic about it for decades and it’s well-documented. 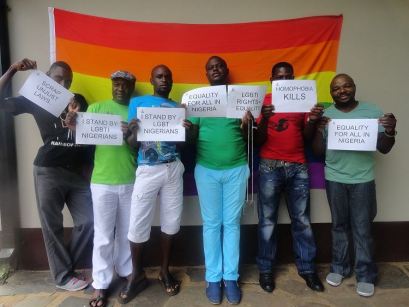 There have been tremendous African efforts to denounce native articulations of homosexuality and queerness as European inventions. In Marc Epprecht’s Hungochani (a Shona word for homosexuality), he describes Zimbabwean resistance to queerness because of the feelings of stigma and shame that it evokes in many people:

“Shona-speaking Zimbabweans will frequently point out that ngochani does not sound Shona but rather has a foreign ring about it (hence, implicitly negating gays’ claims to Zimbabwean citizenship and rights). One Zimbabwean n’anga (traditional healer) even claimed that white settlers had invented the word in order to bring shame upon Africans (that is, by falsely making a “white man’s disease” sound as if it were indigenous).”

The rejection of queer and transgender Zimbabweans asserting the legitimacy of their sexual and gender identities by other Zimbabweans is deeply ironic because the essentialism of African identities (i.e. the assignment of “natural” or “unnatural” characteristics or descriptions of Africanness as a single unified identity) is inherently colonial and Eurocentric.

Furthermore, the idea of homosexuality being unAfrican (or unZimbabwean) is a western-imposed narrative. In a survey of African sexual anthropology from pre-colonial social organization through to the late 1980s, John Caldwell described a “distinct African sexuality” centered around heterosexuality and totally devoid of discussions of same-sex engagement of any nature or even masturbation. In the 1920s, after one year of living with the Zulu in South Africa, Michael Davison concluded that he “never saw a sign of homosexual behavior or understanding.” Speaking specifically about the Shona people, Michael Gelfand was particularly emphatic in expressing the exclusivity of a culture of heterosexuality:

“The traditional Shona seems to have none of the problems associated with homosexuality. Obviously, they must have a valuable method of bringing up children, especially with regard to normal sexual relations, thus avoiding this anomaly in Western society – yet another feature of their rich society.”

These restrictive and artificial ideas of sexuality are a product of imported and internalized whiteness and colonialism, as are the essentialist linkage of gendered and sexual characteristics (and, thus, our worth) to national identity and straight-line borders delineating African states.

Shedding this constrained understanding of self is crucial in all of our lifelong processes of mental decolonization and in the very personal decolonization of my identity as a first generation American woman of Zimbabwean origin.

So I ask again:

What does it mean to be Zimbabwean, to be African?

My diasporic experience and understanding is as authentically Zimbabwean as an individual born and raised in Bulawayo. In the same vein, there is no gender or sexuality or expression that is inherently African or “unAfrican.”

It won’t be an easy task to return home (an unfamiliar place, but my home nonetheless). Working towards the actualization of gendered and sexual liberation for all given the open persecution of queer and transgender Zimbabweans will be even harder. But that freedom to be is our birthright, as is our ability to proudly and confidently define ourselves in our own words. That is our destiny as Zimbabwean people. That is the core of my identity as a Zimbabwean woman.