I dislike comparison as it uses another as a benchmark of our own worth and as Mark Twain aptly put it, “comparison is the death of joy.” However, a recent comparison in an article of Rwanda to the European nation of Switzerland got me thinking of the validity of this comparison especially since I had just returned from a trip to Rwanda.

Many, myself included immediately think Hotel Rwanda whenever the mountainous nation is mentioned in conversation. The movie based on the brutal genocide from over two decades ago embedded a gloomy and forlorn image in the minds of many and it was hard for me to imagi 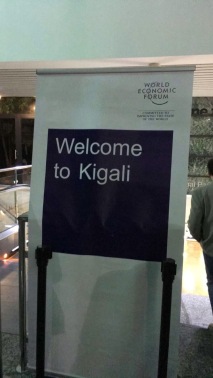 ne anything beautiful or positive about Rwanda.

I recently travelled to Rwanda during the World Economic Forum that took place in the nation’s capital of Kigali. I had been hearing the hype about Rwanda’s development and how it was Africa’s next big deal however I was not fully sold and couldn’t picture in my mind how a place once in ruins could have gained such acclaim in such a short space of time. I stand corrected!
On arrival at the airport, I was greeted by a pleasant immigration officer who insisted that I was of Rwandese origin as many people in the nation bear the name Muringa. This was no surprise as I have had many East Africans mistaken me as one of their own. The visa was issued at the port of entry and was a quick process. As soon as I stepped out, I was already in awe, but I refused to be impressed (after all, most airports look good and can’t be used as an indication of the entire state of affairs of a nation). 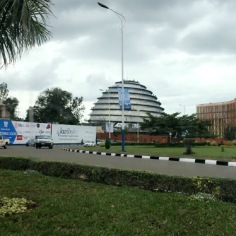 As we drove out I could not believe what I was seeing. The most distinct thing about Kigali is the orderliness and cleanliness of the city. From every angle everything just looked clean.  I would later learn of a term called “Umuganda”. Umuganda can be translated as “coming together in common purpose to achieve an outcome”.  The Government of Rwanda adapted traditional practices to enrich its efforts of sustainable development programs for its nation and one such is Umuganda. In the modern context Umuganda means community work. On the last Saturday of each month, communities come together to perform various public works and amongst them is cleaning their city. Everyone including the President participates in a day of work to uplift the community! This is such an excellent initiative which has contributed significantly to the cleanliness of the nation.

Besides being one of the cleanest countries in Africa, Rwanda also ranks very high in the ease of doing business in Africa. Registering a business takes just minutes online in Rwanda and according to a World Bank report about five working days to complete all processes including acquiring tax documents, clearing name searches, registering employees with the Social Security Office and paying for trade licenses.

The government of Rwanda has boosted the tourism industry as one of the country’s highest foreign currency earners. The Kigali Convention Centre is set to be complete soon and will host the Mid-July African Union Summit. The country has hosted other key events such as the recent World Economic Forum on Africa and the Africa Development Bank annual meeting in 2014. Tourists also visit Rwanda to see its mountain gorillas as well as to climb volcanoes.

The country is also focused on growing it’s arts and crafts industry by creating spaces where artists and crafts people can exhibit and sell their wares. One such place is Caplaki Craft Village in Kigali which I had the chance to visit and spent time shopping for gifts and goodies for my friends back home. 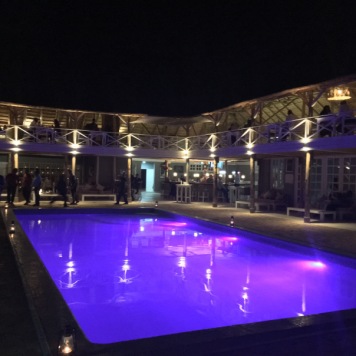 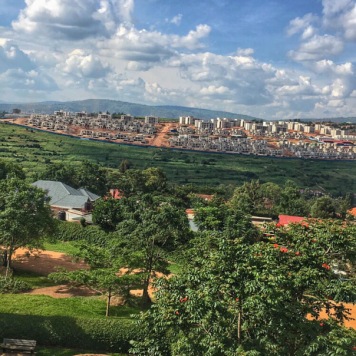 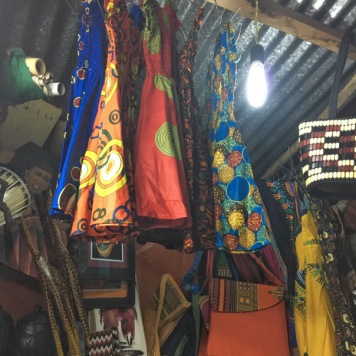 Rwanda is a nation on the rise as showcased by the various developments across the capital. There was a lot of construction going on and from one view of the city one could see an entirely new community under construction. Vision City is the largest residential township project ever undertaken in the country. The development was established to address the rise in rural to urban migration which was now causing housing shortages.

Amongst other things Kigali boasts of a vibrant night life. There were some world class restaurants, one of my favourites being Pili Pili as well as fun night clubs. We got to enjoy a live performance by South African music outfit Micasa at People Bar.

Given the economic success of Rwanda, it’s growing tourism industry and its high ranking in the easiest place to do business in Africa, one would see why it is easy to draw parallels between Rwanda and Switzerland. However the nations are very different and those differences are what make each nation unique. Rwanda has buried the atrocities of its past and built an admirable nation whose ethos is based on the cultural norms and values of its people. By adopting practices like Umuganda Rwanda showcases the strength and beauty of Ubuntu which we as Africans should strive for in our bid to grow and improve our own nations…

“What I’ve come to learn is that the world is never saved in grand messianic gestures, but in the simple accumulation of gentle, soft, almost invisible acts of compassion, everyday acts of compassion. In South Africa they have a phrase called ubuntu. Ubuntu comes out of a philosophy that says, the only way for me to be human is for you to reflect my humanity back at me.” 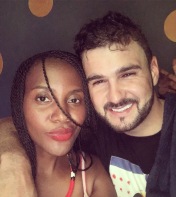 Thandi with J-Something of Micasa

This post was republished with permission from the author. It can also be found on Thandi Muringa’s blog.